O.’s ex of four years – Denver – was a vegetarian.

Not because he liked animals or anything like that, but because he thought it was all healthy and shit to eat like a rabbit.

We have always found this particularly blasphemous; it is a widely known fact that O. was raised on a cattle farm, and lives, eats, and sleeps beef.

It came as a bit of a surprise, of course, when Denver mentioned to O. a few months back that he was going to start eating meat – “It’s not really that healthy, I guess.”

So, after seven years, Denver has officially been converted.

In a text message received today, Denver writes: I had two hamburgers last night. Real beef. They were good.

O. responds: Oh! Joy! I hope you washed them down with a nice beer.

Classy one, that Denver!

As a congratulatory gesture for his movement to the dark side of dining, we would like offer Denver the coveted “Burger of Triumph” award, which can be seen to the left.

Keep up the good work, Denver.

Cows everywhere now will walk in fear of you.

The Marriage of Isis, Supreme Goddess of the Purple Orchid 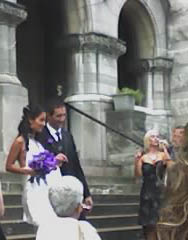 On Saturday, O. shed a single, blasphemous little tear. Then another. Then another, until the lower half of his face was very nearly completely wet.

Why did he cry?

Because of something you did.

Not really.We’ll get to that in a moment.

But first, a flashback.

The year was 1982, and a five-year-old O. was tearing his hellish way through kindergarten. In the second or the third week of school, O. met two people – at separate times – who still remain dear to his little black heart to this very day – one was a self-righteous little princess, the other was a murderer in pigtails. The Princess, who we’ll call GrahamCracker, would become a constant companion to O. – a sister of sorts, to make up for the one he never had.

The Murderer – who we will call YellowFever, became an encouraging catalyst, who was part of his life nearly every day for 13 years, was heart-breakingly absent for 12, then re-emerged with a power that only she can carry.

The first day O. met YellowFever, she was crying. O. had never seen an Asian person before, and he still remembers to this very day that he thought that she was the most beautiful thing that he had ever seen – for the record, that claim still stands, and she still is. YellowFever was crying, as any murderess would, with regret for her crime.

She was the first killer in Kindergarten history.

She had not maimed a human, or even an animal. She was trickier. More vengeful. She was Mata Hari – working her way from the inside to commit the crime.

It was Letter People Day – an exciting day where a blow-up plastic figure would be stood in the front of the classroom and we would slay a calf and worship at it’s blasphemous feet watch a video about said character’s personality and the associated sound. The victim in this crime was Mr. H. – Horrible Hair.

We had sang along with Mr. H’s songs, messed up our hair to make it horrible like his, and then it was off to recess. On the way out the door, our pint-sized assassin, YellowFever, armed only with a pair of plastic safety scissors, rose up in protest against the oppressor and sliced Mr. H. wide open. She eviscerated him, and smiled with glee as she watched him deflate. Then, being the vixen she still is today, knew she was going to get in trouble, and began to cry. What hateful soul could punish her? Her beautiful dark eyes welled up with tears as her tiny little body shook with remorse. O. knew it was an act, and loved her even more.

Throughout our school years, we remained friends, and although our social circles differed, they often crossed paths. O. had nothing but admiration and a very genuine, very deep friendship for her that only years of triumphs and shortcomings can build. After graduation in 1995, we parted ways, and drifted – sadly – apart.

Flash forward to 2007. O. had been on a disastrous lunch date – said date had actually already ordered his food when O. arrived – and was leaving in a hurry when he passed by an ethereal figure armed with a Blackberry and a pair of sunglasses that were do die for.”YellowFever?!!?!” said O.

She held up her finger, in a “wait one minute and Jesus who is this interrupting me” gesture.

“It’s me, O.! Granted, I’ve gained some weight and have facial hair now, but I hope I don’t look that different.”

“Oh my god! I have missed you!” she exclaimed.We quickly traded business cards, learned that we had both relocated to the same city, and vowed to have drinks and pick up where we left off.

That was in the winter.

And then O. met her boyfriend, IcyBlues. Tall, dark haired, bulging pecs, perfectly sculpted muscular arms, set off by a pair of blue eyes that would pierce one’s soul. And he was smart. And successful. And they deserved each other so perfectly. And O. loved him too. (And lusted too, but we’ll not taint this story.)

We’ve rediscovered each other – she’s still as amazing and interesting as she always was, and if it is at all possible, I love her even more than I previously did.

O. went into the gothic church with beautiful stained glass windows, and sat alone, because his date, MeanRed, could not make it until the reception.

The music began. IcyBlues and the Ministress came into the church. His face was glowing, with a perfect smile – he was the most stunning O. had ever seen.

Then the clouds parted.

No, she was Isis. She was Aphrodite. She was – literally – perfection.

She was flawless. Her beautiful skin a dark contrast against the pure white of her backless gown that fitted her statuesque form so perfectly. Her hair in loose ebony rings half down her back and resting on her shoulders, peppered with shiny crystals, her radiant smile matching the man-become-god at the foot of the church.

YellowFever had grown up. And this was her day. And that was when he cried.

Vows were exchanged, promises of eternity were spoken, and prayers were offered. At one point, during a prayer, O. snuck a peek to see bride and groom, goddess and god, foreheads touching every so slightly, hands embracing, in an expression of tender, sincere, true love.

Clutching a bouquet of purple orchids, glowing as only a goddess can, my YellowFever, but not mine anymore, not really, radiated like a shining star as the announcement was made that she and her husband were now Mr. and Mrs. IcyBlues.

Rob Zombie’s “Halloween” – The Clips Made Us Pee

While perusing BuzzPatrol this evening, O. stumbled across this little item:Halloween Clip ExtravaganzaFirst, O. loves the word “extravaganza.”Second, we have always been a fan of the Halloween films – terrifying Michael Myers and his slow movin’ self has always made us break into a cold sweat.Rob Zombie’s version is sure to terrify – as the clips you can watch online certainly prove.O. will certainly give a review of this one, but he’s not going to see it alone.Nor sleeping alone afterward. We’re still a li’l bit timid when it comes to scary movies.Shudder.

BuzzPatrol – You Should Already Be Reading It

O. has a terrible penchant for gossip blogs. His very favorite – which, of course, is run by his good friend and email flirtbuddy MK – is dListed.

But today that superhot fella over at TallFreak turned him on to BuzzPatrol, and it is a MUST read.

Did we mention that they’re giving away free iPhones?

Check them out. You’ll not be sorry.

Is Fidel Castrol Pushing Up Daisies? 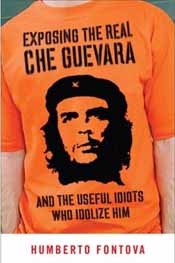 Entertainment blogger (and a major guilty pleasure of O.’s) Perez Hilton has possibly scooped CNN and other major news sources with the news that Fidel Castro is dead.

While O. is nearly as offensive as one can possibly be, celebrating the death of any human being is far beyond him. O. is – and has long been – a staunch pacifist.

So, if Fidel is dead, we have a few scenarios. O. is definitely no fan of this monster – or his puppet Che Guevara (no matter how ‘cool’ or ‘relevant’ misguided hipsters think this mass murderer was) – but in ways, Castro has held Cuba together. Socialized health care, free college education, a higher literacy rate than the US are just a few.

Presumably, the US thinks that after Castro dies we can step in and make Cuba a democracy. Great idea – it worked so well in Iraq! Oh wait…it didn’t.

We  need to lend a helping hand, if indeed Fidelito is dead, but we need to let Cuba make the transition on their own. Through the healthy expatriate/exile community currently based in Miami, a healthy transition *without turning Cuba into Southern Florida complete with McDonald’s and Wal-Mart* can probably be held.

Shows the power of the Internet…and the blogosphere.

Blasphemous and Offensive
Create a free website or blog at WordPress.com.